I'll confess: prior to FishFlix.com showing up on my list of upcoming Schoolhouse Review Crew vendors, I had never heard of them. Checking out their website, I discovered that they are all about providing Christian movies -- whether educational, inspirational, or entertaining.  Looking over their website, I certainly noticed titles I knew, and some I didn't.  Privileged Species was one that was new to me, but it sounded vaguely familiar.

Once we received it, I realized that we own Privileged Planet, a documentary we really loved.  That movie talks about all sorts of amazing 'coincidences' such as the outer gas giant planets providing protection from comets, or earth needing to be in a very narrow size range in order to support life.

Once we realized that, we were pretty excited to watch Privileged Species: How the Cosmos is Designed for Human Life.

Essentially, this film is going through and addressing three substances -- Carbon, Water, and Oxygen -- and their amazing properties that make it so that life is possible.  For instance, carbon is an incredibly stable element, but it is only stable in a fairly narrow range of temperatures.  You know, temperatures that are normal on Earth.  Carbon isn't stable on Venus (it is too hot), or on Uranus (it is too cold).

Did you know that scientists have identified 65,000,000 carbon compounds so far?  And that new ones are still being found?  That is an incredible number. 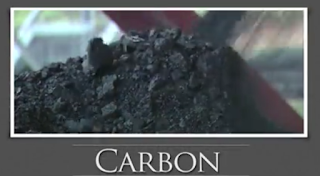 The photography is gorgeous throughout the film, and the animation sequences were wonderful.  By animation, I'm not talking cartoons, but things like showing the flow of blood and how if water was more (or less) viscous, things would be quite different.  The animations went along with what was being discussed quite well.

They also quote a wide variety of people throughout the documentary, which is always nice to see.  There is just so much packed into this 33-minute video, and you will definitely see things you missed when you view it again.

The movie prompted a discussion of Intelligent Design vs. Creation, and how this film does not make any claims about God, but speaks of a designer.  So many other resources seem to jump past the scientific parts and go straight to "God did it."  There is a time and a place for that, too, but my kids all (ages 9 to 18) appreciated that this one stuck to the idea that "scientifically, there is a lot going on that cannot be random chance," as Thomas (age 14) stated.

The Schoolhouse Review Crew also had the chance to look at some other titles from FishFlix.com.  Flight and Metamorphosis are similar in that they are documentaries with incredible footage touching on the science behind some of the amazing had-to-be-designed things on our planet.

Go read some of the other reviews for these titles, plus Exploring Ephesus, Torchlighters: The John Wesley Story, and Unbroken.

I know I'm coming up with a list of movies that I want to purchase.