It is autumn, and time for fuzzy socks

This is my favorite time of year.  I love getting up when it is really cool outside.  Cool enough that I put on my bathrobe, and grab a pair of slippers.  Or the fuzzy slipper socks.

Only this time of year is also when I struggle to find a pair of anything.  I already knew I had one gray slipper, and one bright blue slipper, and I have no idea what happened to the other half of either pair.

So this morning I went to grab slipper socks. 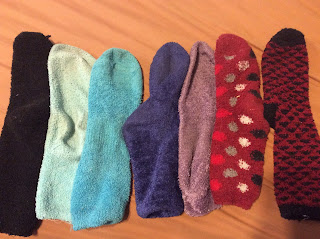 Okay, so I straightened them out a bit to take the picture.  But those are the slipper socks I found, in the order I found them.

I did finally find two pairs, once I went to the basket of clean clothes that hasn't been sorted.  There was a black one, and a red patterned one in there.  So I am wearing a matching pair right now, and can put one on tomorrow too.

I keep thinking there is probably some sort of message in this.  Like maybe it is time I start actually pairing stuff up when it comes out of the dryer, or that I need to go find a 20-pack of identical slipper socks so I don't have to worry about it.

Or maybe it is that getting a job done is more important than what that all looks like.  Appearances don't matter so much. 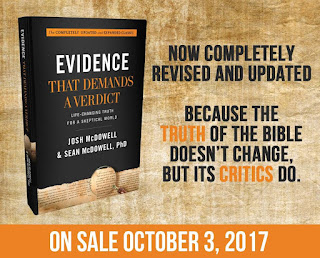