I have a certain 13-year-old son who has been fascinated by archaeology absolutely forever.  He has been especially interested in biblical archaeology, and it is a topic we all enjoy.  So imagine my delight when I found out that the Schoolhouse Review Crew was going to be getting a look at a new resource from Apologia Educational Ministries.

They have a new series of books, iWitness, that is really a lot of fun.  There were two titles that came out a year or so ago that are a little different (Resurrection iWitness and Jesus iWitness).  The three new ones are fairly small (5"x8") books with a lot of information packed inside.  Our favorite, of course, is iWitness Biblical Archaeology, but Old Testament iWitness and New Testament iWitness are pretty amazing books as well.

We started with the Biblical Archaeology title, of course.  The journal-y feel of the book is immediately appealing.  The font bothered me initially, but it does add to the journal look, and it didn't bother my teens at all.

Early on, the book talks about how archaeology cannot prove the Bible is all true, but it can help to establish its reliability.  That is always a good point to be making.

Then it starts going through some archaeological finds and evidences.  We thought they spent too much space on Noah and the flood (four 2-page spreads), but the information there was all good.  We were far more interested in the sections past that though.

Such as one of the pages on Old Testament History, where it shows the Black Obelisk of Shalmaneser III, and tells us that it "mentions Jehu and even shows him offering a tribute.  This is the oldest picture of an Israelite and was made during their lifetime."

There is so much fascinating information in this book.

The New Testament iWitness might actually be my favorite.  It talks a lot about the early church, and how the books of the New Testament came to be formally recognized and put in order.  It talks about various people (like Athanasius and Eusebius), and councils (like Hippo and Carthage).  There is discussion of when the various books were written, how they were copied, and some great stuff on early hymns and creeds. 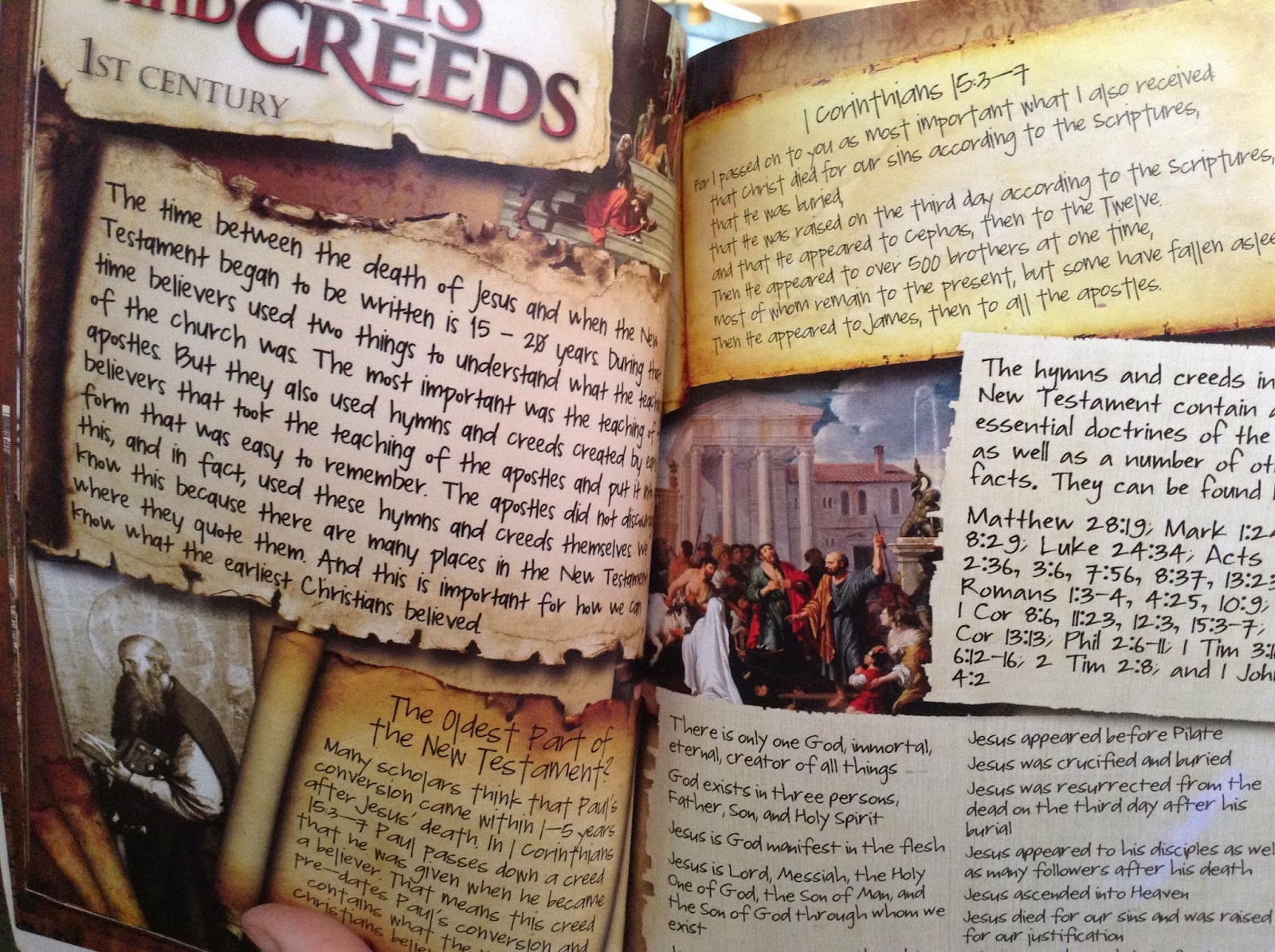 Coming in 2015 are two more titles in this series, and I'm really excited about those.  iWitness World Religions and iWitness Cults and Heresies are the two titles.

Each of these books is appropriate for folks of all ages, but the reading level is roughly ages 11 and up.  The font used could make it a little challenging for younger readers, or at least it did for mine.  The books are $14 each.

Go see what others have to say about this series!