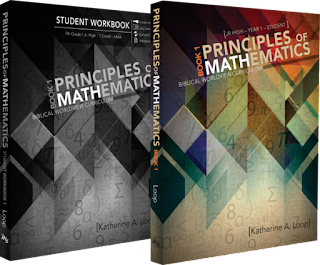 Disclaimer:   I received this book for free from Master Books.  No other compensation was received.  The fact that I received complimentary products does not guarantee a favorable review.
Posted by Debra at 12/17/2015 12:50:00 PM

Thanks for this review! I believe I will get it for my 7th grader who struggles in math. She uses Khan Academy, and likes it well enough, but the Christian content in this book intrigues me...

Sounds interesting. We're along way off from these grades, but I find I'm often surprisingly impressed with the things from Master Books.