Every so often, I end up with the chance to review a product that is so incredibly cool I don't know how we managed without it. 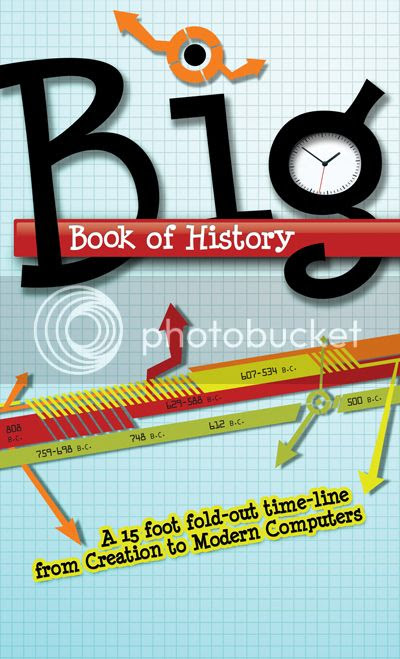 Today, I'm telling you about one of those:  Big Book of History.

It isn't exactly a book... it is a fifteen foot timeline that you can fold back up into a book...

And as you can see on the cover, there are four separate timelines running throughout the book...

Orange is for world events... all that stuff you expect to see on pretty much any standard timeline.  For instance, to choose a page towards the end, the 1852-1943 page talks about the Pony Express, the purchase of Alaska, P.T. Barnum, Buffalo Bill,  the first modern Olympics, the eruption of Krakatoa, the San Francisco earthquake, prohibition, the death of Ernest Shackleton, Charles Lindberg, the great depressions, the dust bowl, Amelia Earhart, and the holocaust.  Lots of different stuff.

Red is for civilizations and empires.  Also pretty standard stuff, like the American Civil War and the end of slavery, the 1st Sino-Japanese War, the Spanish American War, the first Pulitzer Prize, the assassination of Archduke Ferdinand, WWI, the Russian Revolution, the League of Nations, Civil War in China, WWII, and the United Nations.

Green is for inventions and technology.  My boys love this line.  You get to see things such as a whole spread on Edison, the telephone, dynamite, basketball, the first movies, penicillin, the first television station, tv dinners, Hoover Dam... and a whole separate transportation timeline with the first mass produced auto, the first flight, the first helicopter flight, the Titanic, the Hindenburg, the first jet, and the death of Nikola Tesla.

And Yellow is for Bible and Christian history.  For this same page, that includes things like the start of the Salvation Army and Red Cross, Billy Sunday and the Scopes Trial.

Most of the above stuff is mentioned only briefly... but there is additional information on some things too.  For the most part, this can serve as a supplement to *any* history you are doing.

So let's take a look: 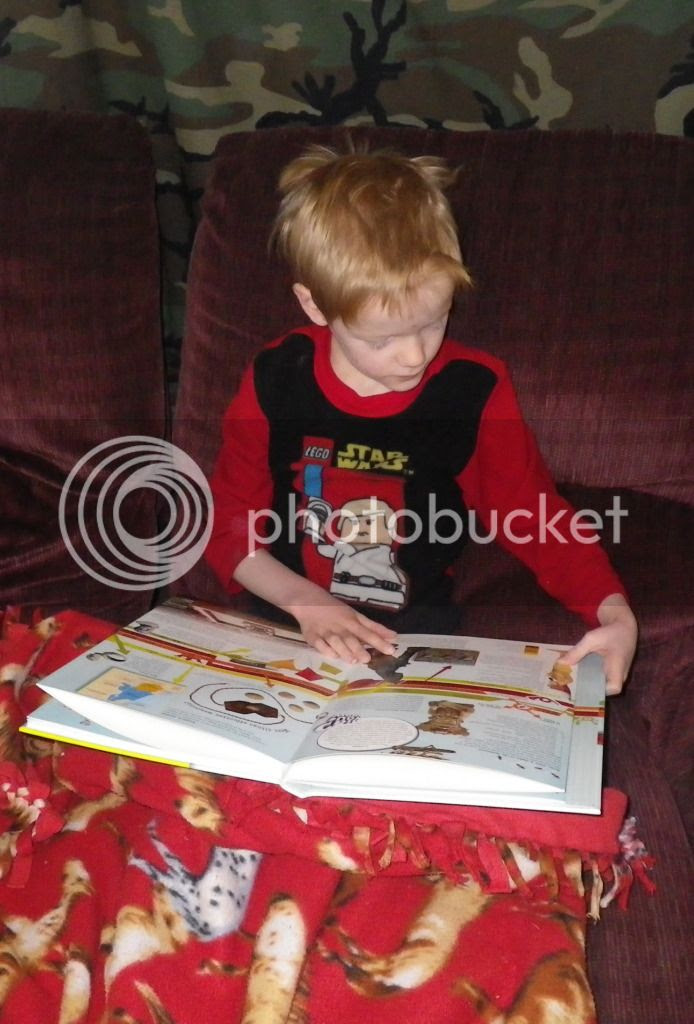 Here you can see Richard looking through it like a book.  Notice the timeline part running through the middle of the pages, and all the colorful stuff around it. 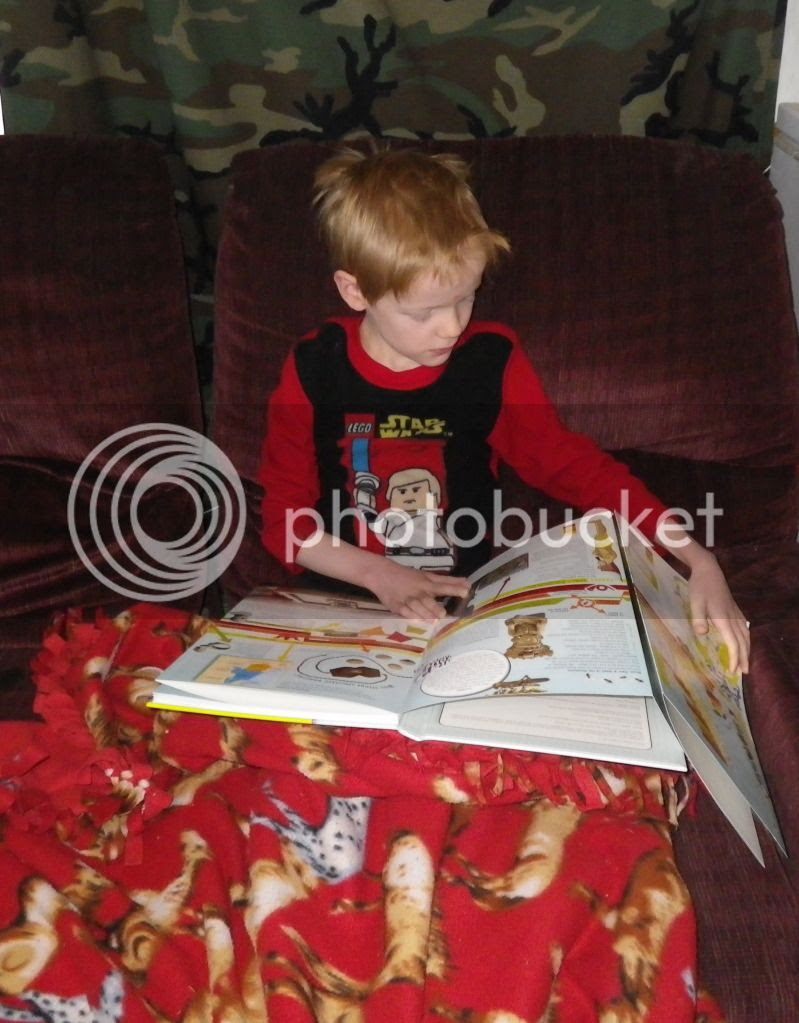 Here you can see Richard figuring out how to unfold it... 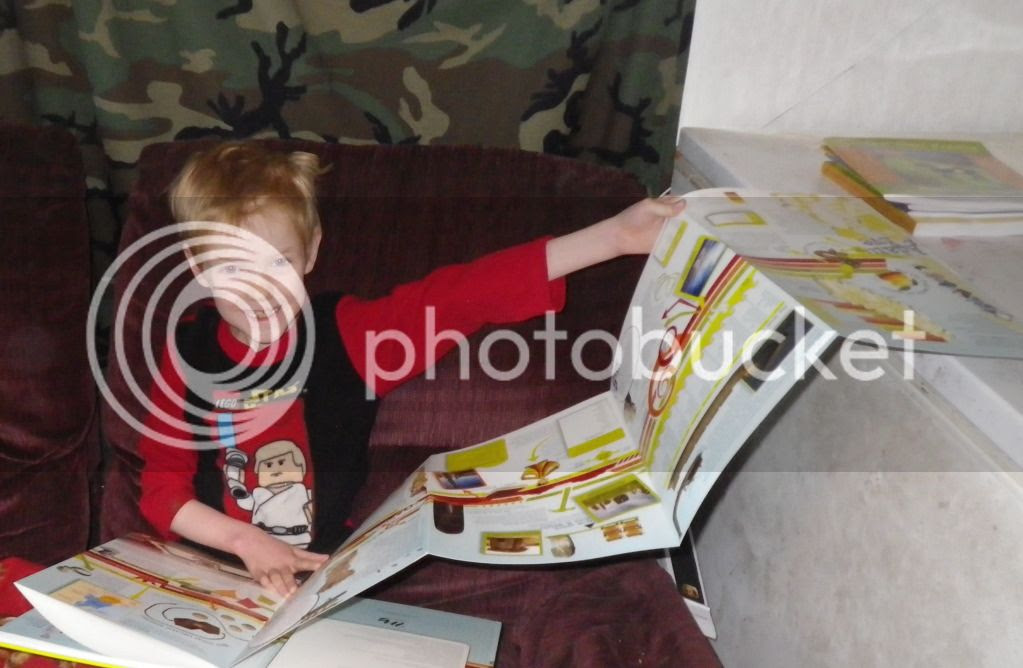 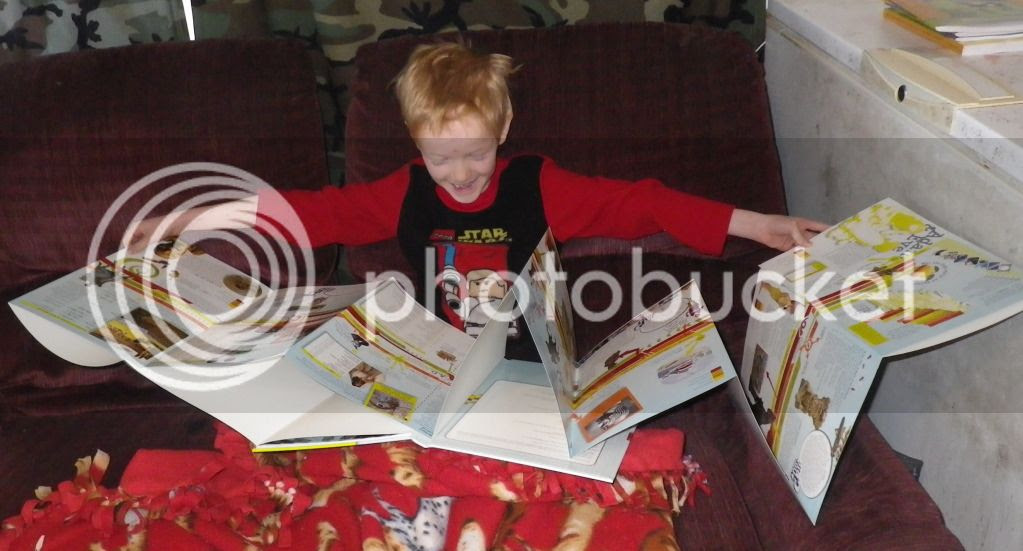 And that still isn't all of it.  But I don't have a good picture of it all stretched out.

How about a couple that show the pages a bit better: 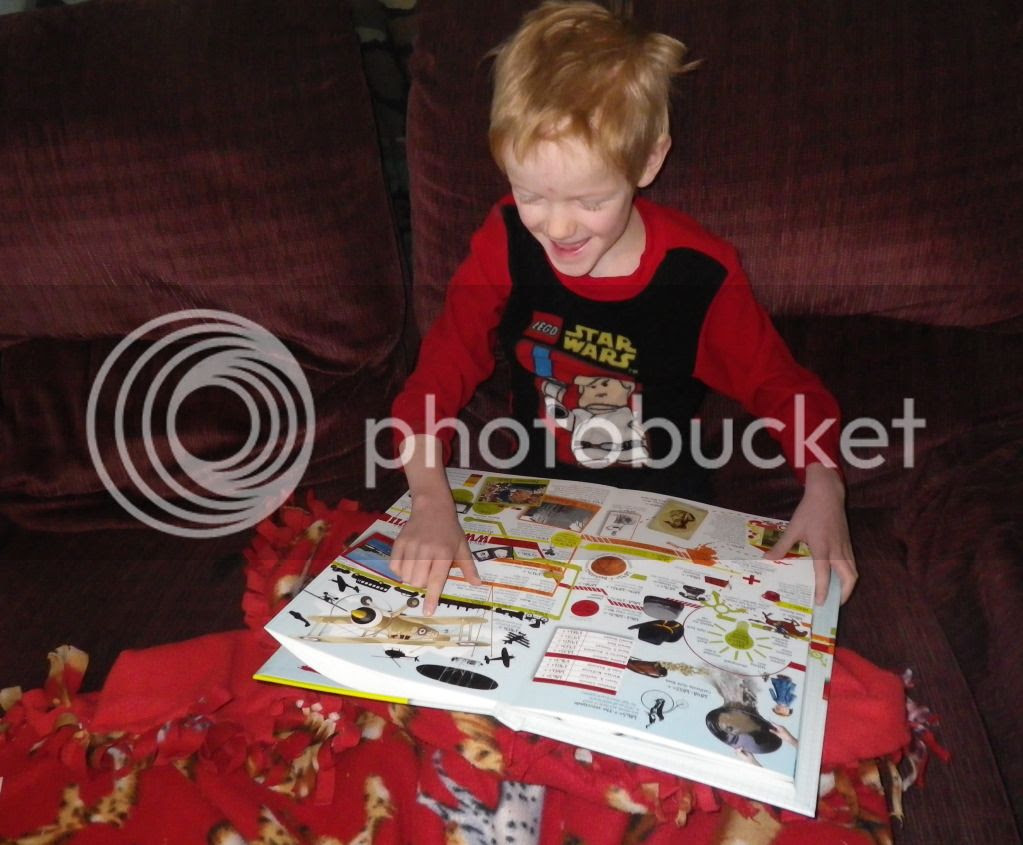 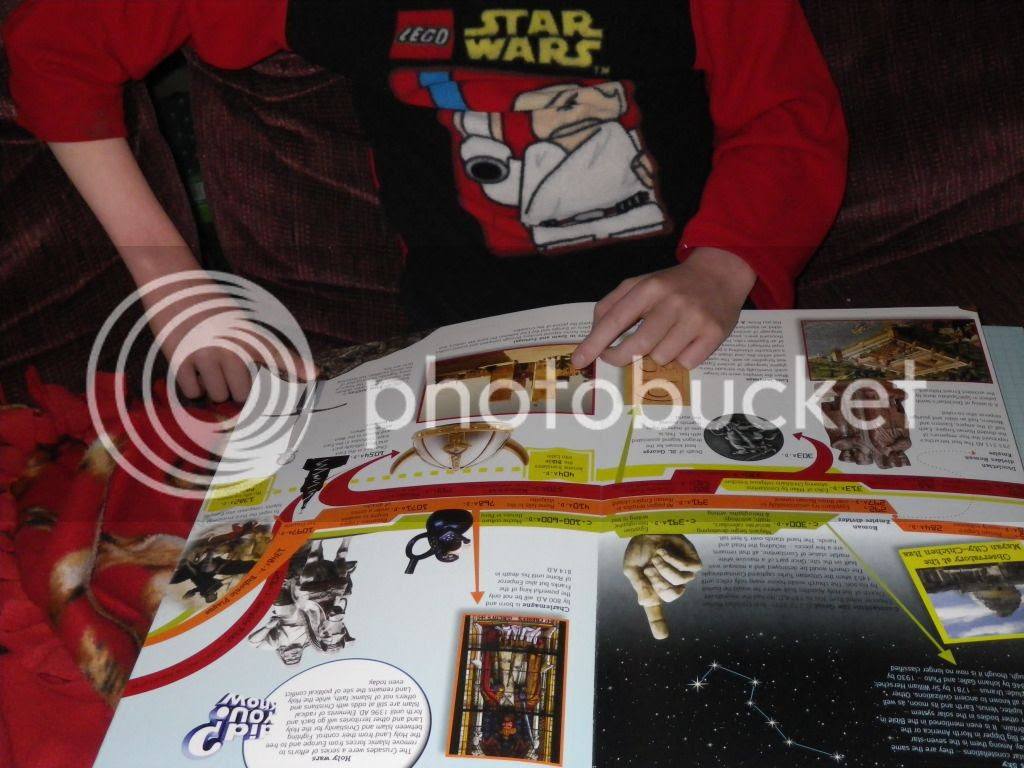 For the homeschooler (or teacher) there is also a guide available, either in print, or as a free download, that really fleshes this out into more of a stand-alone history resource.

I love this book.

Disclaimer:   I received this book for free from New Leaf Publishing Group.  No other compensation was received.  The fact that I received a complimentary product does not guarantee a favorable review.
Posted by Debra at 12/23/2011 10:15:00 AM

I want this so bad. I am making a wish list for school stuff, and this is very high on it. I didn't expect it to be so big though! It looks amazing... thanks for the review. :)

This sounds like an interesting book. Great review.
Hope you have a wonderful New Year!!! :O)