We do the camping thing.  The boys do a lot more of it with Scouts.

But since my boys spent last week at a Summer Camp at UCCS, and the big three will have another week at UCCS in July, plus Thomas is going to Boy Scout Camp next week, I figured I'd focus on Summer Camp, not Summer Camping.

So -- Geek Camp was last week.  Of course, that is not what UCCS calls it.  But the shoe fits.  University of Colorado - Colorado Springs has a Center for STEM Education which we lucked into learning about probably three years ago.  Connor was able to attend a two-day set of workshops that summer for middle school students, and he had a blast.  We've tried to participate since then.

This summer, we took the plunge and did the week-long summer camps for the three big boys.  And they have a new program for upper elementary kids that Richard was able to attend (HOW can he be "upper elementary"???) for just this one week.

FLITE (First in Leadership, Innovation, Technology, and Engineering) has traditionally been for students entering 8th grade and up.

Unfortunately, the Alternative Energy group had to be cancelled as not enough students signed up.  Connor was bummed, but we were able to get him into the app programming one instead.

Other offerings included one on water science (think underwater rovers) and one on assistive technology.  Fascinating topics.

This is a YouTube video of the app class.  The instructor (Dr. Rory Lewis) interacts with William right around :56 and with Connor at about 2:25.

I don't know what the best part of this whole program is, to be honest.  Here is some of what I like though: 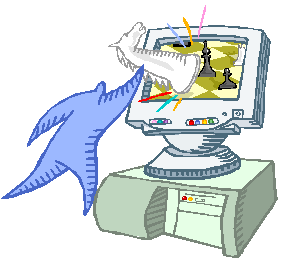 Richard was able to go to a half-day camp.  His was for kids entering 3rd-5th grades, in a new program called STEM By Me.

This happened for four weeks, but we were only able to do the one where we were already in town!  Week 3 was Computer Game Design and Animation.

(You can see why I titled this "Geek Camp" right?  All four boys were programming something....)

So Richard had the chance to play some really old video games ("They were EVEN older than Halo!!") like Frogger and Pong.  And then he had the chance to do some programming using Scratch.  It was nice, as that is something the older guys have used before.

That is this past week's camp life.

This week, Thomas is supposed to be at Camp Alexander, however it was closed because of the wildfires.  Instead, he'll be going next week to a camp in the Denver Council.  And he gets to take Archaeology.  (!!!!)  He is so incredibly excited.

The week after that, we are back at UCCS for another week-long camp for the big guys.  This one, JumpStart,  is a CSI-style investigation.  William and Thomas will be attending the middle school session, while Connor does the high school one.


Do your kids go to any Summer Camps?  You can read what my Crewmates think about camps and/or camping -- starting tomorrow -- at the Crew page!

Does USSC subsidize these camps or are they pretty pricey? I wish I could find something around here that wasn't $200 a week per kid!

If you sign up for their research program (which we did), the course is less expensive. But still pretty up there ($180 per kid)

By signing up for a "pass" though, we were able to get that price down some more... so we spent a huge chunk of change, but got both one-week camps, plus the 4 Saturday half-day sessions next year, for $330 per kid, maybe? Plus another discount for multiple annual passes in the same family. I'm thinking our final cost was around $280 per kid for the annual pass... that's still a chunk of change, but we won't have to come up with the funds for the Saturday classes this coming year... so $140 per week per kid, plus free Saturday sessions. That is the way I'm rationalizing it. :)

They also have scholarships, but even though I was stalking the website, I missed the deadline for that. Actually, YESTERDAY was the first time I saw scholarship info posted for this year (and the deadline was a month ago).