I reviewed the "speech" part of Super Star Speech the other day.  Today, I'm talking about their other product line -- Super Star Games.

For only $3.50 each (less if you get a bundle), there are nearly a dozen educational games that you can download, print and play.  Debbie Lott, a homeschool mom, has put together games covering a variety of topics, from history (explorers, American revolution, Ancient Egypt), science (plants, animals, insects, inventors, astronomy), English (parts of speech), or geography (continents, colonies). 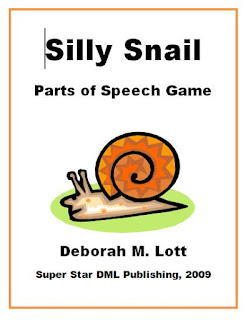 I already owned the Silly Snail game, the one that covers parts of speech.  We didn't replay it for this review, but some time ago, we had found it to be a fun change of pace for reviewing nouns, pronouns, verbs, and all that. 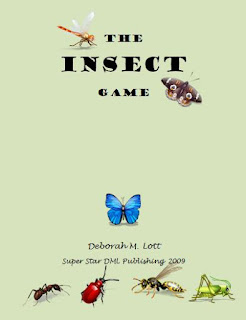 For this review, we printed out the Insect Game, and Covering the Continents.

We chose to print in black and white, which worked well.  With both games, I was impressed with the variety of questions.  And especially with the Continents game, it was very, very nice that there was enough "chance" involved that the person with the most geographical knowledge (Connor, in our case) didn't necessarily win.  I don't believe he answered any questions incorrectly (the game is intended for ages 6-10, and he is nearly 13), but in the end, he had only settled one continent. 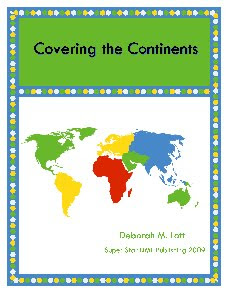 My kids don't think any of these games are going to beat out Risk or Battleship for "most favorite" anytime soon.  BUT, they did propose that we play a different one every Friday as a reward for getting their schoolwork done.

To me, that speaks volumes.

Some caveats:  it is assumed that the kids are reading quite well, at least in the games we have tried so far.  So we adjusted the rules to make me a "master reader" to avoid the inevitable issues with early readers messing up the questions.  Probably not a problem for most of you, but it is an issue for me.

And had we printed the "question" cards for the continents in color, it would have been way too easy for my kids to cheat (inadvertently, or on purpose) as each continent has its own color.

But these are a winner.  I will watch for additional games to come out, and will probably make some more purchases.

And you can check out what my fellow crewmates have to say about Super Star Speech, both the speech program and their games, at:

Disclaimer:  As part of the TOS Homeschool Review Crew, I did receive ebooks for free from the publisher.  The fact that I received complimentary products does not guarantee a favorable review.  It does guarantee a review. A fair review. But I am not going to praise something unless I think it deserves the praise.  If I don't like it, you'll hear that.  And hopefully with enough detail as to why so you can decide for yourself if what I hate about it makes it perfect for your family.  For more about my take on reviews, visit my blog post here.

Good write-up! I did the Mommy-as-Master-Reader thing, too, but didn't even think to put it in my review - duh! :-P

I liked the extra, non-trivia chances for kids to get ahead in the Continents game, too.