I reviewed Speekee a couple of years ago, and we enjoyed it.  When the opportunity came up to review Speekee again, I had to go for it.

What is Speekee TV?  Basically, this is an online program to help young children to learn Spanish.  Consisting of ten episodes, each roughly fifteen minutes, each features real Spanish children in real Spanish locations, plus Jim (an adult) and some puppets.  There are some worksheets with each episode.


When we reviewed the program before, this was the extent of it, along with some suggestions for activities.  I thought that was well worth the $7.50 per month, or $60 per year, subscription price.

You can see from the above summary of the first video that it has you watching the entire video a few times throughout the month.  On many of the other days, you are watching an individual segment of the video, then doing some type of activity.  Some include worksheets, many involve active play.

You can also sign up for the email option, which means that the entire week of assignments shows up in you inbox each week.  I love that little reminder.  Especially when we've had a weird week, as I see that email and think, "Oh!  We need to go do Speekee!"

Both kids are really enjoying Speekee.  And both are clearly learning some Spanish. The first week of a video is a little harder, as there is just so much packed into each segment.  The kids tend to feel a bit overwhelmed.

By the second and third week, though, once we have had a chance to play with some of the FastTrack activities, they are using the vocabulary fairly regularly.  Since my big boys are also learning Spanish, they have picked up on what my "Speekee kids" are doing, and they are reinforcing the learning too, and adding additional insight on occasion.  I think that is helping the big kids too, though they don't like to admit that. 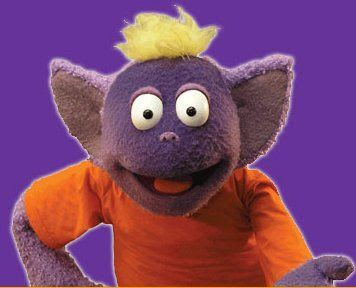 I think this is one of those 'deceptively simple' programs.  You get it, you take a look at it, and you think, "This is it?"  Then you watch the video -- which my kids love -- and you feel overwhelmed with all the completely different stuff thrown at you.  Since this is an immersion approach, all of the dialogue is in Spanish, and that can be a bit overwhelming a well.

But then as you start focusing on only one little piece at a time, you are able to watch the video and grasp more and more of the content, without relying on the subtitles.  Before the four weeks of FastTrack are over, we were all able to view it and understand almost everything.  We could re-enact scenes, and we could talk back to the characters (more than just waving and saying "adios!" to all the adorable kids, which we were able to do on the first viewing!)

My favorite part is that it is really low-prep for non-Spanish speaking Mom.  I glance over the weekly email, get a vague idea as to things I might need or how I can substitute, and then I'm set to just pull it up during the week.

Even with the ease of use, we've had a tough summer, and haven't gotten through anywhere near as much of this program as I'd like.  This is something we will continue absolutely, positively.  And I'm pretty certain that when the six-month subscription we received as part of the Crew is over, we will be subscribing for another month or two.  One great thing is that with the month-to-month, you can cancel any time.

All of my kids have been caught singing one of the catchy songs at one point or another in the past few weeks.  Even Dad, who has never been here when we've watched an episode, can sing the final "Adios" song reasonably well.  Well, he isn't much of a singer, but he knows the tune and most of the words.

I do think there is a certain age where this won't be as effective.  When we reviewed this last time, Thomas had just turned 10 and he hated it.  He thought it was babyish and dumb.  Amazing how at nearly 12, he now sees the value and is impressed by how much they pack into 15 minutes and at how effective it is.  Apparently, he is (sometimes) mature enough now to not be threatened by it.  Or something.  <grin>

This one gets at least a dozen thumbs up in my family.  Dad wasn't polled.

To see what my fellow crewmates had to say about Speekee TV, click the banner here:

Disclaimer:  As part of the TOS Schoolhouse Review Crew, I did receive products as mentioned above for the purposes of a review.  All opinions are my own.  For more about my take on reviews, visit my blog post here.

If you are interested, here are more of my Schoolhouse Crew Reviews.

Hola familia, This is Jim from Speekee checking in to say a big GRACIAS for your review. Much appreciated!