I'm so totally convinced I could just copy and paste last week's post, nearly word for word.  But I won't quite do that!


The Princess Bride, by William Goldman.  We finally finished Chapter 5 (that took four days of reading), read all of Chapter 6 (two days of reading) and are ready to start Chapter 7, which looks like another couple days of reading.  Westley is dead, and I did have to edit as I read the kid's reaction to all of that.  So now I know that the "one bad word" in the movie actually comes from the book. Only in the book, the kid has a couple other colorful words in his interaction with his father, who is reading the story to him when he is sick.  My Kindle tells me we are 2/3 of the way through, so maybe we'll finish up this week.  At least it is no longer possible for any of the remaining chapters to be as long as Chapter 5 was...

We're continuing to read aloud is The American Patriot's Almanac by William Bennett.  We are still doubling up on readings, but we didn't read over the weekend, so we are behind again.  Actually, if I procrastinate on posting this, we'd be caught up today.  This past week, we read about the Civil Rights movement (specifically, the sit-ins of 1960), The Battle Hymn of the Republic, Laura Ingalls Wilder, the Dorchester, Ronald Reagan, the first universities in America, Frederick Douglass, Groundhog Day, FDR, and the US dime.  We also got into a discussion about The Day the Music Died, and listened to La Bamba.  Plus we listened to about three different arrangements of The Battle Hymn of the Republic.

Advice for Seekers by Charles H. Spurgeon is going slow.  I'll be writing up a review tomorrow, though we won't be through it yet.  Fourteen chapters, and we are sitting down to read a chapter at a time, roughly three days a week.  The language and concepts are a bit much for my little two, so this is directed at the teens and tween. I like having a challenging read.

I also started reading The Blue Fairy Book by Andrew Lang to the little two.  That is something we will pick up and put down, when we are between books from the library.  I put a few things on hold at the library, and we did pick them up last week -- but we didn't start anything new.

Next week, the photo will have more real stuff in it!  (I had to keep that as written!) 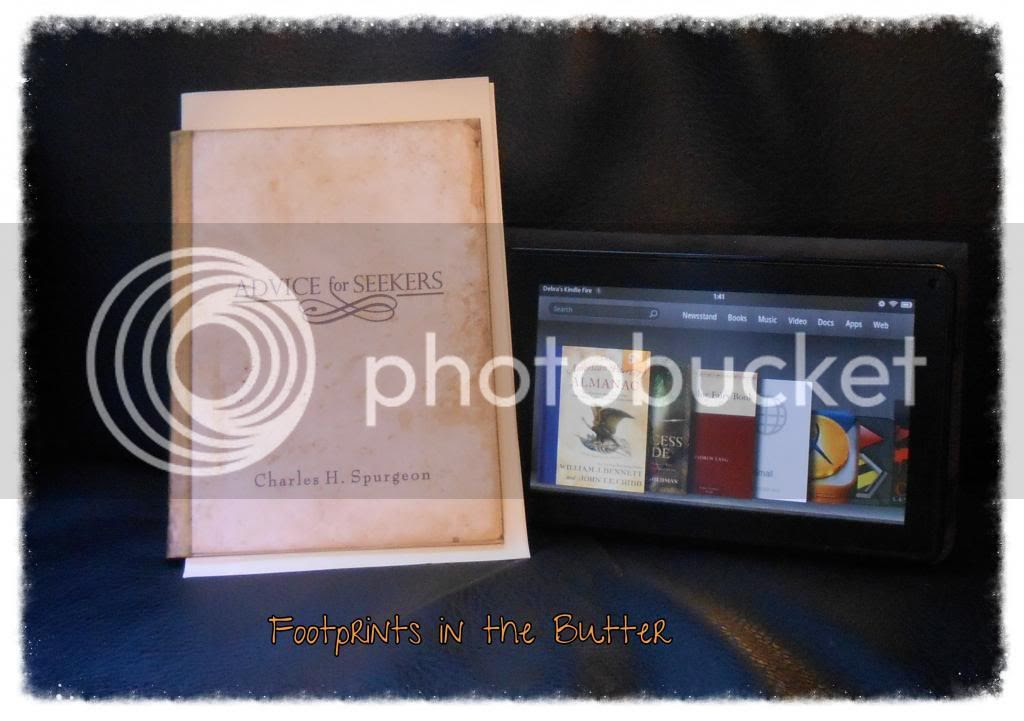 How about you?  What are you reading out loud?  I'd love some inspiration, so feel free to link up your posts about reading aloud, or leave me a comment and tell me I can do it...

You sure do read a lot!

Thank you for having the link-up. I enjoy reading your posts about what you are reading.

I'm putting The Princess Bride on our short list to be read aloud. :-)