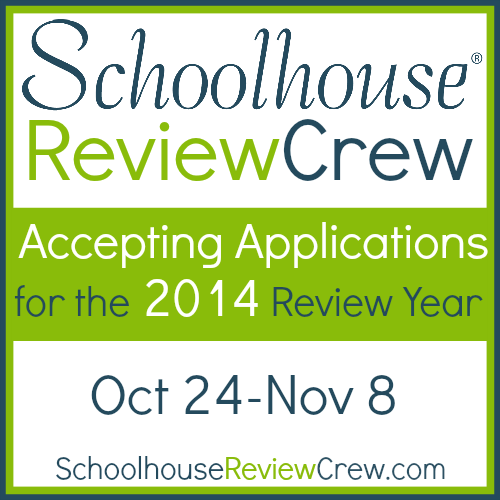 I know, now that I'm a Crew Leader and we're taking applications for the 2014 Crew through tomorrow, this is a bit of a self-serving post.  But I'm writing it anyway.  Because being on the Crew has radically changed our homeschool, and not just because of what I'm doing now.

Homeschooling doesn't have to be expensive, I know that.  When I joined the Crew, with kids in Junior High down to Preschool, I certainly could have gotten by on my budget of nearly zero.  But by agreeing to actually use products and to write up reviews about them, I had the opportunity to expand my children's horizons.

But if I pray about the opportunities that come along, and really think through how we'll incorporate things, it gives us opportunities we'd never be able to afford.  Connor's transcript looks amazing, and a huge part of that is our Crew reviews.

Just a few specifics, of high school level stuff:
I asked Connor about being on the Crew for high school, and he told me that one of the biggest benefits to the Crew is learning to prioritize.  He also commented on how nice it is to be able to pursue things he is particularly interested in, as we are not having to spend that money on the basics.

His other comment was on how this stretches him. He is sometimes forced to study something he wouldn't choose to (like art history) only to find that it isn't really what he expected.

Applications are being taken through tomorrow for the 2014 Crew.  Go read about it at the Crew blog if you think you might be at all interested.