I'm the Mom of three teen boys, and other highlights of 2013

A few friends are doing a couple of "looking back" and "looking forward" posts today and tomorrow, and I decided I ought to join in.  This is part of a group where we are encouraging each other to "keep it real" -- so I'm not planning to sugarcoat things in my lookback at 2013.

Like the title suggests, in November I became the mom of three teen boys.  Wow, just wow.  It doesn't seem possible, you know?  My big guys are now 16, 15 and 13, and time has sure flown by.

That was hardly the most dramatic or important thing to happen in 2013 though. Probably the most important thing has to do with church.  Dale has been pretty anti-church ever since we got married (though, to be honest, I ought to have seen the signs before that).  Mostly, I've attended church on my own, or with the kids.  And he's gone through phases where he didn't want me attending at all either.  In 2012, Connor and I started going to church regularly, and we brought along others of the kids periodically. That was working up to the point where a most of us were attending with some regularity, and the pastor asked Connor about operating the media stuff during church services.  That meant I was taking him over to church on Saturday nights for the Worship Team practice, which gave me the chance to start getting to know some of the people a bit more.

We had a camping trip planned, though, that would mean Connor, Richard, Trina and myself would be gone for a Sunday.  William volunteered to run stuff, and Dale volunteered to get him there for that.

Dale found out that he really loved this church, and he has missed ONE Sunday since then (when he was in Minnesota).  He's been doing all kinds of stuff with streaming the services, and working with the audio and video equipment.  It is amazing.

But I had given up on it long ago.

And God blessed me, and blessed the kids, despite my lack of hope and faith.

I'd love to say, "if it can happen to me, it can happen to you" as I know there are lots and lots of others out there who would dearly love to be attending church as a family.  But really, we didn't have one of those truly tough cases.  He wasn't anti-God or anti-Christian.  Just anti-church. 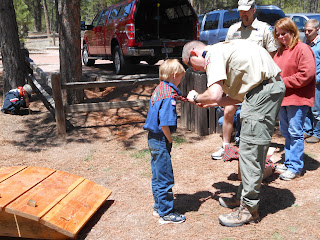 Lots of other things have gone on this year though too.  The Scout Troop and Pack that the boys have been a part of forever went through major drama because of BSA's new membership rule change about homosexual youth.  That was frustrating, aggravating, unnerving, unsettling, and just a huge dramatic ordeal, and I'm glad we seem to be past it to some extent.  The big three are still Boy Scouts, just with a new troop.  I still don't know what to do with Richard.

Trina has had a wonderful time as an American Heritage Girl.  So much so that I became a leader.  So I have roughly 13 2nd grade girls that I am now "leading" along with two other fabulous moms.

I've gotten involved with the food pantry out here, which really kept me busy in December!  We are in such a depressed area, and there are so many people hurting.  It is nice to be able to make a bit of a difference.  I'm supposed to be running the numbers, and I haven't, but I'm pretty sure we served over 100 different families this month, which would represent something around 500 people.  That is HUGE in this rural community. 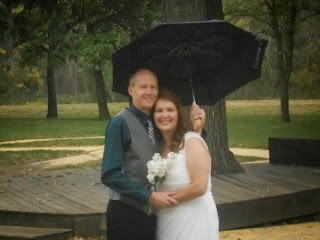 There have been some happy events, like my baby brother's wedding in September. There have been some times of mourning, like the funeral of a new friend and her 3 year old son, who were killed in a DUI accident in July.  Most of the year, however, was not that extreme.  Mostly the usual crazy of a houseful of teen boys and their two younger siblings.


Then there is homeschooling, which I think will be a bigger topic for my post tomorrow.  You know, looking forward to 2014.  The post where I touch on how things need to change, and I need to be more consistent, and maybe I ought to get to bed before 1:00 once in awhile.  Trying to stay real again.  I've dropped the ball so many times this year, I'm no longer quite sure where it is.  Life has to get in focus in 2014.  It just has to.

Five Revelations From 2013 by Clara @ A Slice Of Homeschool Pie

2013 is Almost Gone by Kristen @ Sunrise to Sunset

2013- A Reflection on our Year by Jennifer @ Conversaving

Where Did 2013 Go? by Joelle @ Homeschooling for His Glory

Embracing the Bright, Shining Moments and Growing in Our Struggles by Susan @ Homeschooling Hearts & Minds

Saying Goodbye to 2013 by Tess @ Circling Through This Life

2013 ~ The Good, The Bad, And The Beautiful by Audra Silva @ Simply Audra Marie

It's a Beautiful Life--2013 Edition by April B. @ Coffee, Cobwebs, and Curriculum

I loved this post! I too, had three teenagers at one time in my house, although as of last Friday, they are now all three in their 20s.

And I love your heart about church and your husband and the struggle to figure it all out. The Holy Spirit knows our heart, even when we are unable to pray any longer. I am so glad He has answered your prayers. My own husband(and honestly, I do as well) really struggles with the politics and religiosity we see in our church, and we get discouraged sometimes. If not for some of the wonderful people, the real heart of our church, we most likely would not attend.

I enjoyed your post - It's neat to look back and reflect on what God did this past year.

I loved your post, looking back over the year really helps us to gather our thoughts for the year to come.
Blessings and Happy New Year to your family!

I'm about to have two teenagers myself, and it's still hard to believe.

I loved reading this post and seeing how your husband is enjoying church. It's amazing how God does things in His timing even when we've given up thinking it's going to happen.

Thank you for sharing this.

I'm glad to know that I'm not the only one who struggles with not being consistent when it comes to homeschooling. :-)

There's been more than one time in my life that the Lord has answered a prayer that I'd given up on. Thank you for sharing your Real 2013. :)

And have a blessed New year!