When I found out that I was going to be getting the entire Eclectic Education series from Dollar Homeschool, I was really excited.  There is a lot of stuff included in here.


So, I'm going to just quote from the Dollar Homeschool website here a minute:

The Eclectic Education Series (EES) is a set of textbooks which from roughly 1865 to 1915 WAS education in the United States, almost exclusively. They were the standard textbooks in many states and were chosen independently by over 10,000 school boards as their standard textbooks.

The EES covered every topic. Some of the series are still household names almost a hundred years after they ceased being used. These include McGuffey's Readers and Ray's Arithmetics. There were many other extraordinary series in the EES such as Pinneo's Grammars, Thalheimer's Histories and Norton's Sciences that were used by countless students.

So, let's take a look section by section. 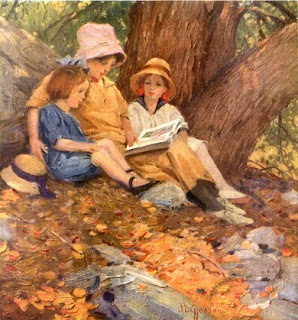 First, the McGuffey's Readers Set includes a total of 19 books (most are listed here) and is available to purchase for $39.  We used a few of these titles (Primer, First Reader, Second Reader, Third Reader, Fourth Reader, Word Lists, and Eclectic Speller).

For Connor (7th grade), I had him start with the 3rd Reader, reading aloud to me.  We did some of the intro work, and a couple of lessons.  Then we decided to try the 4th Reader.  That was a much better fit.  What I like about the Fourth Reader is that each lesson includes not just the reading passage, but also some questions and usually some vocabulary.  The reading material was still fairly easy for him, but what I'm looking for is something for him to practice oral reading.  Something where he can work on expression.  With 90 total lessons, this isn't a book that would have to take an entire year, but it could.  We will continue this.  The vocabulary used is amazing.

Going to a random page, the vocabulary for lesson LVII includes character, purpose, principles, capacity and sordid.   This lesson includes "exercises" (basically a set of questions, which could be discussed orally or made as essay topics), including:  "What is meant by the phrase 'to apply himself' in the fourth paragraph?  What is meant by 'a generous manhood,' tenth paragraph? By 'expansion of soul,' twelfth paragraph?  Tell what is meant by 'good will,' as taught by this lesson.  How did Tom and James differ in character?"

I'm going to skip down to my youngest son.  Richard, age 5, started working with me in McGuffey's Primer.  And what I found with him was that this moved pretty quickly.  Lesson 1 has you reading 'sentences' like "A cat and a rat."  Lesson 10 has you reading sentences like "The lad can not catch it."  We're going to come back to this in another few months.

Overall, I'm glad to have these readers.  I like them, in general.  It is frustrating sometimes to have to explain the archaic punctuation and spacing conventions.  The vocabulary is often very old-fashioned sounding.  Sometimes it is frustrating to be reading a word like Thibet and having to explain that apparently, that is how we used to spell Tibet.  But I do like the series.  The stories have solid morals, and there is certainly higher expectations for students than what is found in typical readers.

The Eclectic Speller makes an amazing source for vocabulary study.  From the very first lesson (short vowels), you are seeing words that I have to look up.  Words like gad, wen, and jib.    (Okay, so I "know" what a jib is, but I wouldn't have been able to define it.  And after looking up gad, I did know that one too.  And wen, well, I cannot even imagine the situation where I would use it in a sentence.)  If you follow the suggestions in the Manual of Methods (a book for teachers), you would start using Eclectic Speller when your child is in the Fourth Reader, and use it over three years.  I found this to be quite a relief, as other materials I have used in the past suggested starting the Eclectic Speller already in first grade.  I felt like a total failure attempting that.

We are loving the McGuffey's portion of Eclectic Education.  One downside though is that the pictures are not as good as they are in the books I have purchased.  So far, that hasn't been a problem for us, but it would be much nicer if the illustrations were copied better. 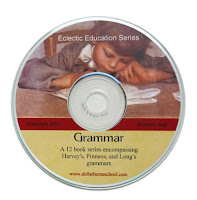 One issue I do have with the grammar books is the teaching of rules that are no longer considered to be rules.  Sometimes it is hard to sift through all of that, particularly in an area where I don't feel wholly competent.  We will be using these though.

The Ray's Arithmetic Set includes 38 titles (counting student books and teacher books), and is available for $59.  One huge bonus of purchasing this product for the Ray's Arithmetic is that the answers are not included in the students books, which means you could use it as a worktext instead of making the kids copy out the problems.  Big, big bonus in my household.  I have heard good things about Ray's at the early levels, and I'm sure from what I looked at that it is a solid program.  I am seriously considering using Ray's for elementary ages.  I have also heard not quite so positive things about it for more advanced levels, and I don't really plan to be looking into it beyond elementary ages.  Ray's was specifically reviewed by a number of my crew mates, so check the link below if you are interested in this set.

The Science set includes thirteen titles (scroll down on that page) and is available for $39.  There is some great stuff in here... but it is old.  Most of the materials included in Eclectic Education are intended for high school.  I really like the First Year Science, and have started going through that with my older two (5th and 7th).  The Nature Study title is also fantastic, and I plan to incorporate some of that in our schooling. 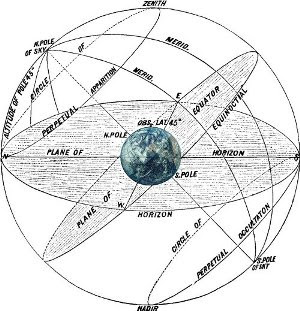 The History Set includes around 20 titles and is available for $39.  Obviously, these end quite some time ago, being written in the late 1800's.  The main history parts include Thalheimer's (six titles, ranging from Medieval History to the History of Scotland) which seems to have particular boy-appeal.  The US history title in this series goes through the Garfield administration.  We have used some of the Ancient History title, and one thing I like is that each book is logically organized.

Ancient History is divided into 5 "books" (Asiatic and African nations; Persian Empire; Grecian States and Colonies; Macedonian Empire; Rome).  It was easy to just go to the appropriate book and pick up where we were already studying (Ancient Egypt), and to just work through the numbered sections at that point.  Each little numbered section is focused on a single main point, and most are 1-2 paragraphs in length.

Another history title in the history set is Andrews Constitution, which looks like it will be a fantastic resource for creating a government credit for high school.

Most of the other titles in the history set aren't really history, but there are some great ones in there.  I particularly like the American Poems title, and will be making use of this when we get back to US history.  There are roughly 80 poets, and each one has a biographical sketch included, along with one or more poems.  The book is arranged basically chronologically, and includes a number of poets I've never heard of.

I'm also very interested in using the Rhetorical Reader.  This is really two books in one.  The first eighty pages include a series of exercises in speaking, or reading, aloud.  They have you practicing emphasis, inflection, pitch, pauses, and far, far more.  The second part of the book (300 pages) consists of selections to be read aloud.

There is also a series of five books called the Progressive Course in Reading.  The first three in this series focus on younger readers, and really seem to be "just" another reader.  The fourth and fifth books, however, are meant for the student to practice reading aloud for others, and these include some great stories from history, science, and literature.

The entire set of the Eclectic Education Series is available for $159, which is $56 less than if you purchase each separately.  There is lot in here, and I am glad to have it.  It is an electronic product, so you'll either need to print it out or work from the computer screen.  Most of these titles are available as free downloads online, but the advantage of purchasing the set is that you don't have to try to track down all the individual items.

A couple other cons to point out.  One is that the quality of the illustrations varies, particularly in the younger readers.  Another is that there are some missing pages.  If you contact Dollar Homeschool, they are pretty good about getting you a pdf for those pages.  However, if you are using the materials on screen, it is one more file to keep track of.  And it bothers me that they know there are problems with missing pages, and they are not (to my knowledge) fixing it for everyone -- I have not requested the missing pages, mostly because I want to see if I get them or not.  I'd be very upset if I spent $159 for this bundle, and the company was knowingly sending out incomplete products.

I would highly recommend checking out what my fellow crewmates have to say about Eclectic Education and Ray's Arithmetic at:

Since this product covers so many different individual books, I think reading a lot of the reviews will help you to better determine if this is good fit for your homeschool.

Disclaimer:  As part of the TOS Homeschool Review Crew, I did receive Eclectic Education from Dollar Homeschool for free.  The fact that I received a complimentary product does not guarantee a favorable review.  It does guarantee a review. A fair review. But I am not going to praise something unless I think it deserves the praise.  If I don't like it, you'll hear that.  And hopefully with enough detail as to why so you can decide for yourself if what I hate about it makes it perfect for your family.  For more about my take on reviews, visit my blog post here.

Wow, Debra! Very detailed review. I think you did a really great job reviewing this product. My review is much more general and basic. Your is very specific, even down to a listing of number of titles per CD.

I had to look up wen myself.