Book Review: The Dark Side of Charles Darwin 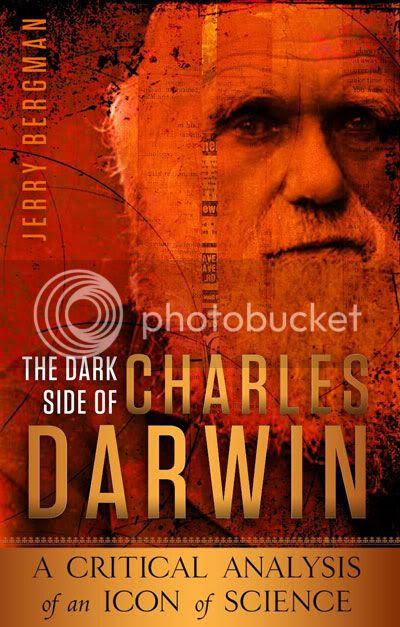 Some book reviews are pretty easy to write.  Some are not.  This one falls in the latter category.

As part of the New Leaf Press book review program, I had the opportunity to read The Dark Side of Charles Darwin by Jerry Bergman.  I've had the book in my possession for about two months now, and I'll give my overall opinion up front:  this is a well-researched book that contains a lot of information that simply isn't presented about Darwin anymore.  I am glad to have read it.


A single man stands behind the greatest deception in history. Charles Darwin's ideas still penetrate every aspect of our culture, including science, religion, and education. And while much has been made of his contribution to the evolutionary hypothesis, little has been publicized about the dark side of the man himself and how this may have impacted the quality and legitimacy of his research.

This daring and compelling book takes its readers behind the popular facade of a man revered worldwide as a scientific pioneer, and unveils what kind of person Darwin really was. The book reveals disturbing facts that will help you:

Thoroughly documented, this book reveals Darwin's less-than-above board methods of attempting to prove his so-called scientific beliefs, and his plot to "murder God" by challenging the then-dominant biblical worldview.

Dr. Jerry Bergman has taught biology, genetics, chemistry, biochemistry, anthropology, geology, and microbiology at the college level for over 30 years. He has 9 degrees, including 7 graduate degrees, and has authored over 800 publications.

So, my more extended thoughts:

There is a lot of information in this book, much of it from Darwin's own words, or from the words of his contemporaries.  This book covers a lot of ground.  The fourteen chapters are split into four basic sections:  Darwin and Christianity; Darwin and Mental Health; Darwin and His Theory; and Darwin, Racism and Sexism.

I think why this book took me so long to read was that that second section was tough to read.  The sections in a bit more detail:
My primary criticism of the book is that at times it read like a series of essays.  There were a couple of times I was certain I had just read exactly the same thing a chapter before, and in turning back, I had.

Disclaimer:   I received this book for free through the Page Turners program from New Leaf Publishing Group.  No other compensation was received.  The fact that I received a complimentary product does not guarantee a favorable review.