I'm going to have a very produce-filled week this week.  And I need to make the most of it.  So if people have suggestions for me, I am all ears...

I picked up Bountiful Baskets this morning.  While there, I got the incredible news that they are looking at THREE new locations in the Springs area.  Briargate, Fountain.... and (be still my heart) Falcon.  If I don't have to be up at 4 something to get there to volunteer (5 something to just go) it would make me appreciate this so much more.

And... I may have a line on a deal for beef in a couple of months. 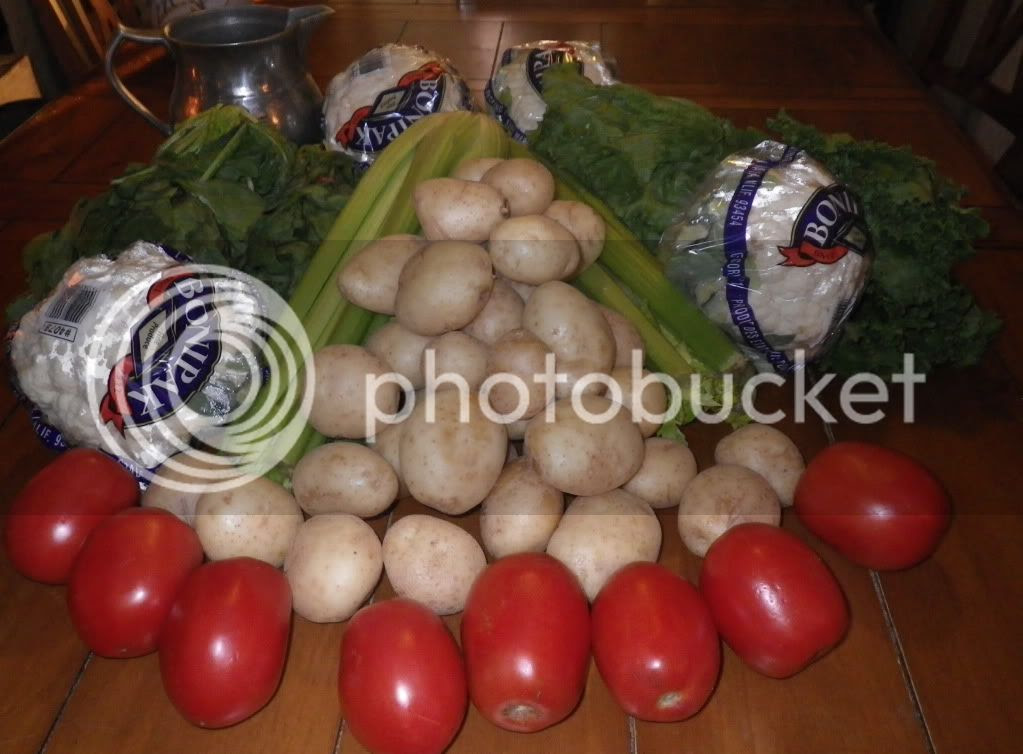 The Veggies "half" of my two Bountiful Baskets

Anyway, this week, we had two baskets and a tortilla pack.  Fabulous basket.  I'll list the contents of my two combined: 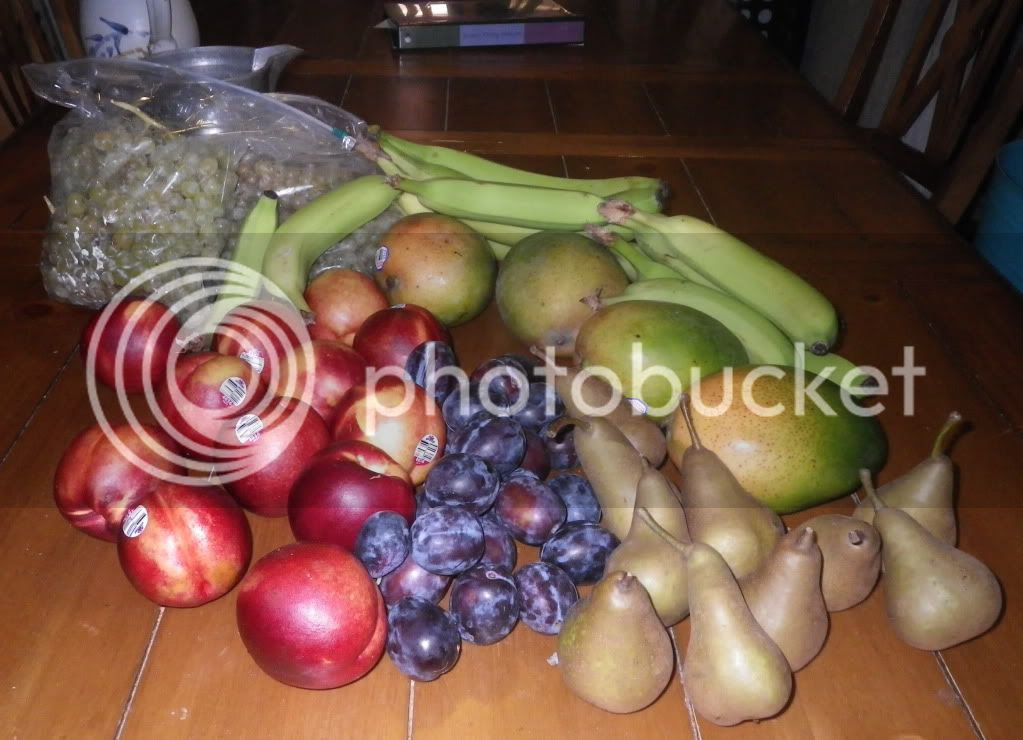 The Fruit "half" of my two Bountiful Baskets

I also picked up a big share of produce from Country Roots Farm, my CSA.  That included: 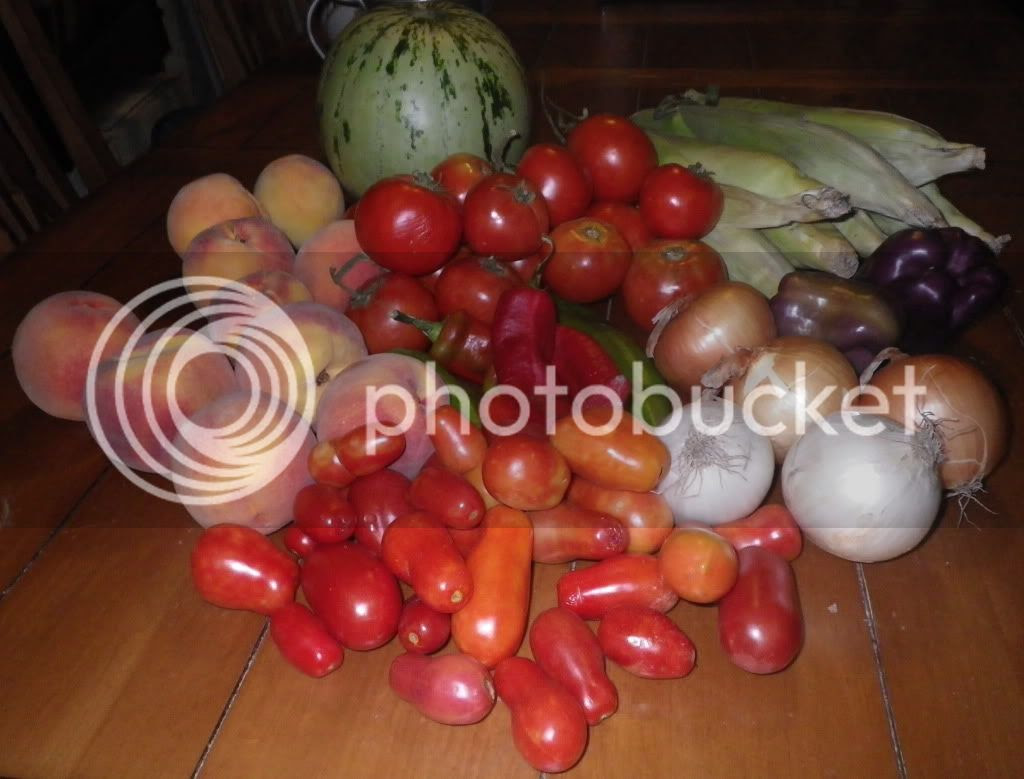 My CSA produce for the week

The basic plan for this:
I have still more produce coming early this coming week.  I did a Groupon deal for a different CSA, and I'll be picking that up on Tuesday.  And I'm picking up my CSA on Wednesday this week, so I don't have to make a special trip down to Pueblo.

Combine cauliflower, garlic, flour, eggs, and cheese, plus salt & pepper to taste.  Add hot water until you get a consistency a bit thicker than pancake batter.  I don't think I've ever added more than 1/3 of a cup, and probably not quite that much

Heat enough oil to coat a skillet over medium-ish heat (my gas range doesn't have settings, I forget what they are on an electric stove!)  Cook like pancakes.  I use 1/4 cup batter (or so) per fritter.  Cook until it is a pretty brown, flip and cook the other side.  Add oil, if necessary, and repeat until you've used it all up.
Posted by Debra at 9/03/2011 08:51:00 PM

That all looks so much prettier than anything in the groceries close to here. Peaches freeze easily, too. Last year I learned about flash freezing- ask if you want more info.

Yum, look at all of that beautiful, fresh produce! I'm tired just thinking about the work you have ahead of you, but it will be worth it! Your family is in for some wonderful meals.
-Catherine

What a gorgeous assortment of fresh produce. I'm 'green' with envy. Lettuce is about the only local produce I get on a regular basis and there's no way to preserve that. I'll be sad when growing season is over as Alaskan lettuce is so flavorful compared to the stuff shipped here.

That all looks so good! I don't have any advice for you though. I'm jealous looking at all the fruit. The three of us go through quite a bit of fruit here.

Everything looks so pretty and yunmmy!

I am headed to our local farmers market today and now you have me making my list even longer! Everything looks SO delicious!