My grandma.  Grandma Williams.  She and I played Scrabble.  And Grandma was never one to let someone win, no matter their age.  She played Scrabble.  As I got older, occasionally I could even win.  Once I hit high school, the games were actually reasonably competitive.  And while she played for real, she was always willing to help a kid figure out a word if they were totally stuck.

I own a Scrabble game, and occasionally I can get Connor to play a game with me.  He enjoys it, but it isn't something he suggests often.

Then there was the Rubik's Cube.  Now that was a trend I never really understood, and I rarely (if ever) played with one.  I'm spatially challenged, I'll be the first to confess.

So what happens when you cross Scrabble with Rubik's Cube?  You get something like this:

Scruble Cube.  The "World's Greatest 3-D Word Game" if you believe the website.

They also claim that... if you can spell 'cat' you can play Scruble Cube. 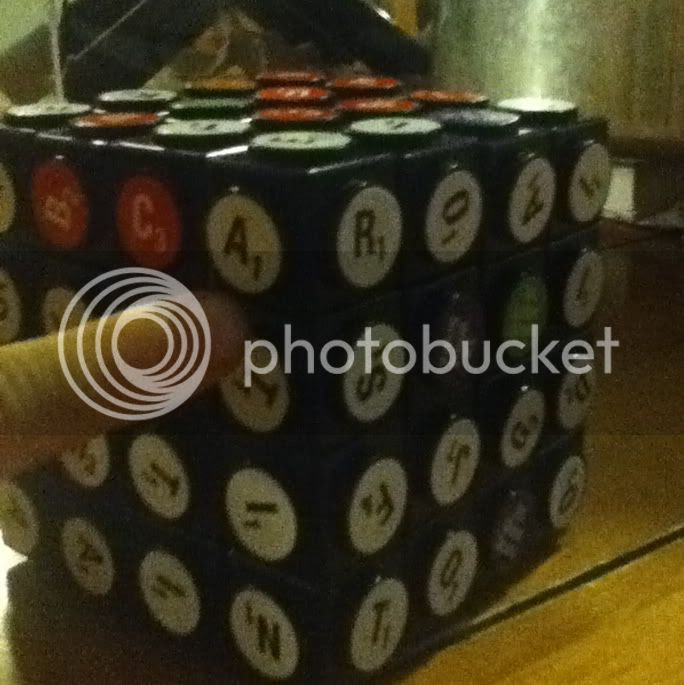 When you are playing this as a game, the next person can just go and add on to the word you created... which is exactly what happened in this case.  I needed to take two photos, as this word went across three faces of the cube... 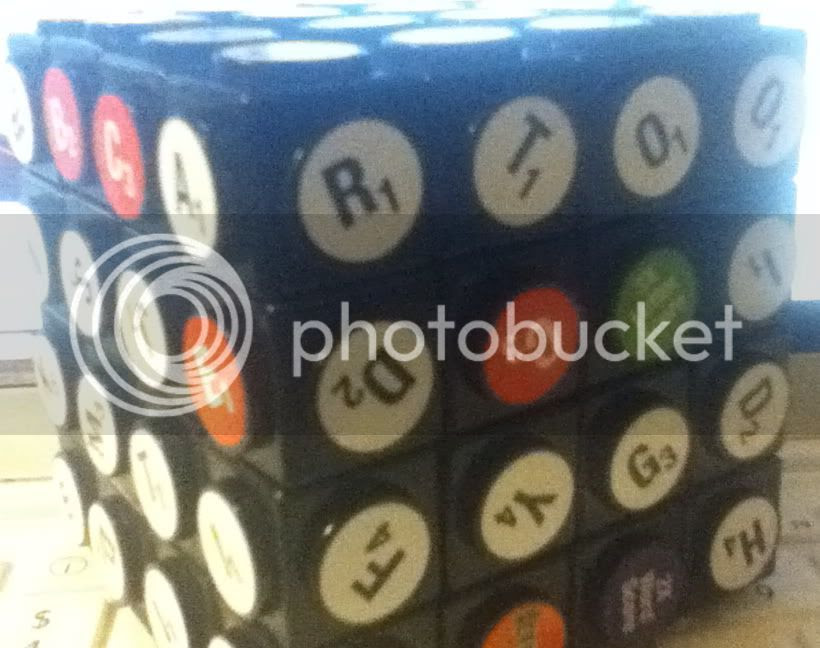 You see the CARTOO here...

This game can become a bit addictive.

If you like word puzzles, Scruble Cube is a lot of fun.

If you like spatial stuff, Scruble Cube is a lot of fun.


One thing I like is that you can play this as a group, using the timer and score pad.  Or you can use it as more of a solitaire game.  There are even some lesson plans available on the website.  I'm particularly fond of the first one, which has the student finding a 3-, 4- and 5-letter word, adding up the points, and looking the words up in the dictionary.  Anything that gets my kids into a dictionary is a good thing. If we still did workboxes, that worksheet would get a workbox nearly every day.

Another great feature is that you can download the scorepad... and the rules too... you aren't stuck once you've used what comes with the game.

This game is great for reinforcing spelling, it can be a lot of fun for vocabulary development, and it is easy to take with you anywhere.

Also, a note... there are some warnings that come with the cube, mostly that this isn't designed for rapid flipping around and such.  It is important to square it up before manipulating it, but we found that pretty straight-forward.  Plus when we first got it, turning was a wee bit stiff -- not difficult, just, well, harder than it is now after using it for awhile.

Available for $24.95, this is a really unique, fun game, which they recommend for ages 8+.

You can read what other TOS Crew Members have to say about Scruble Cube here:

Disclaimer:  As part of the TOS Homeschool Review Crew, I did receive this game in exchange for my review of the product.  All opinions are my own, and receiving complimentary products does not factor in to my opinions.  For more about my take on reviews, visit my blog post here.
Posted by Debra at 10/08/2011 07:24:00 AM

I am impressed with your "cartoon" bonus word!!! We haven't been able to get any three sided ones yet!

Great review, Debra. And, you know, you reminded me that I have many fond memories of playing Scrabble with my grandmother. She spoke 5 languages so could come up with great words, but she never really took note of the letter and word score bonuses on the board, so I would usually win simply playing 4 letter words or adding on to her words.

Very informative review. We reviewed it too - but it was too hard for my simple mind. My dh LOVES it tho! Blessings.