It is time for a FIRST Wild Card Tour book review! If you wish to join the FIRST blog alliance, just click the button. We are a group of reviewers who tour Christian books. A Wild Card post includes a brief bio of the author and a full chapter from each book toured. The reason it is called a FIRST Wild Card Tour is that you never know if the book will be fiction, non~fiction, for young, or for old...or for somewhere in between! Enjoy your free peek into the book!


You never know when I might play a wild card on you!

***Special thanks to Mike Parker for sending me a review copy.***

GP Taylor is a New York Times best selling author whose works include Shadowmancer, Wormwood, Tersias, The Curse of Salamander Street and The Tizzle Sisters. He lives on the banks of a river in the midst of a dark wood, an arrow's flight from the Prince Regent Hotel near the 'town at the end of the line'. He spends his days writing and collecting firewood. Visit him online at www.gptaylor.info. 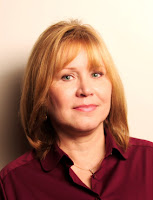 Paula K. Parker is a nationally recognized playwright, author, and freelance writer whose works include the stage plays, “Jane Austen’s Sense & Sensibility” and “Jane Austen’s Pride & Prejudice.” She is highly respected in the Christian entertainment industry and is frequently called upon to write about it. Visit her online at www.paulakparker.com.

YESHUA: The King, The Demon & The Traitor is the second volume in the “Ancient Mysteries Retold” series from U.K.-based publisher, Authentic Media. This two-volume collection recounts some of the most wondrous stories from the greatest book of all time - the Bible. The first volume, YHWH: The Flood, The Fish & The Giant included 20 stories from the Old Testament while the new volume includes 29 stories from the New Testament, specifically from the life of Christ. Far from being simply a rehash of old Sunday school stories, these are rich, compelling tales that stand up to anything Harry Potter or Percy Jackson can dish out.


My Take:  We reviewed YHWH: The Flood, the Fish and the Giant a while back, and past the first chapter, we really enjoyed that.  Enough that my 11 year old begged for this when he found out we could review it.  My 13 year old was interested, but not quite as enthused.

This book is a fabulous follow-up to the first.  It is not just the Bible stories, but the stories with added details that mostly seem realistic.  In the excerpt below, the story of the birth of Jesus is told mostly from the point of view of a shepherd boy.  You really do get the sense of terror at the sight of the angels.

The only real struggle we had, still, was with the renaming of the characters.  Like Yosef and Miriam in the chapter below.  That probably gives it a more authentic feel, and with those two names it isn't a big deal.  None were as jarring as the renaming of Adam and Eve from the first book.

Overall, I think this is a great way to get an older child to think a bit more about the Bible stories and how this "stuff" happened to real people.

Thank you for your insightful comments. You captured the heart of what GP Taylor and I wanted; to help readers see the stories of the Gospel as something more than pictures in stained glass. There was a debate among those involved with publishing with book over the use of ancient names. Some felt it would confuse the readers, while other felt it would be strange to call Jesus, 'Yeshua' and then call the others, 'Mary,' 'Peter,' 'John' and so on. In the end, we chose to go with consistency.